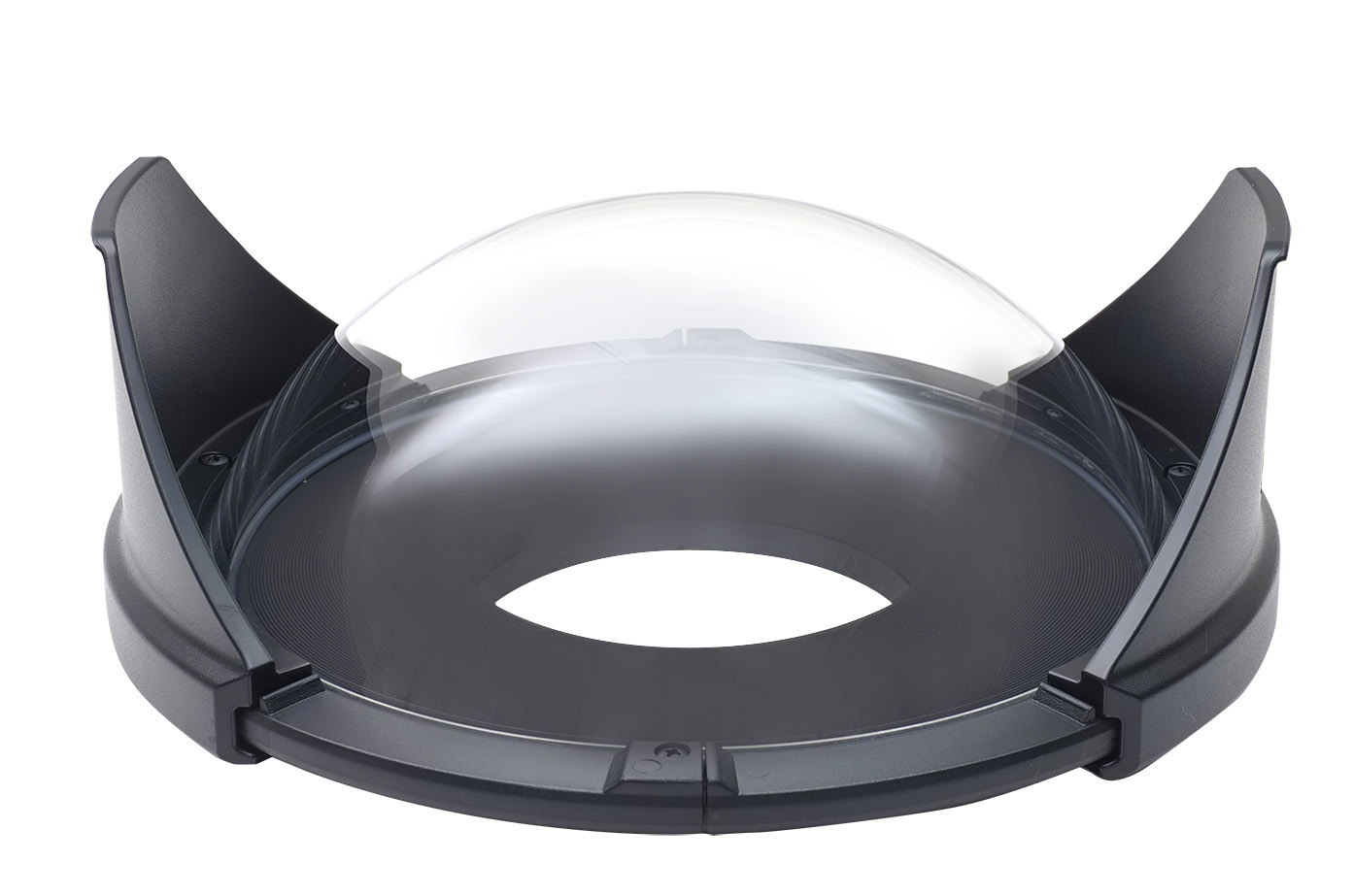 SEA & SEA has developed a revolutionary new "Universal Dome Port 210AR". The Dome Port is made of a new material called PLANEXT®. And is produced by a high-precision injection moulding method that offers unprecedented product performance and versatility.

Dome Port made of PLANEXT® PLANEXT® is an amorphous bioplastic that contributes to greater carbon neutrality. In collaboration with TEIJIN LIMITED*, SEA & SEA has succeeded in producing dome ports made from PLANEXT® that have properties ideally suited to underwater photography.
This dome has the same properties as a glass dome, but costs almost half as much as if it were made of glass.

Optical performance Compared to conventional acrylic material or optical glass, PLANEXT® provides a superior or no optical performance. (See table below). By using a high-precision injection moulding process, SEA & SEA have succeeded in producing a dome that has the same curvature as a concave meniscus lens*. (*Lens with convex curvature on one side and concave curvature on the other). The optical distortion of the 210 AR dome is as small as that of optical glass lenses. When used with an internal correction lens, the best achievable image quality for high-end cameras can be obtained. The dome is treated with a multiple anti-reflective coating to prevent internal reflection. (See comparison on the photos)

Powerful performance The UDP210AR is compatible with all wide-angle conversion lenses listed on the system overview on the SEA & SEA website.

The UDP 120 AR is made with a bayonet mount for the SEA & SEA housings. This is easily replaced with an optional bayonet compatible with the Nauticam housings. This makes the dome universally applicable and versatile. Compatibility Compatible with all wide-angle lenses on SEA & SEA's system overview. Available on the SEA & SEA website. Replacement of the dome glass. The UDP 210 AR is designed with ease of use in mind. The dome glass can be replaced quickly and easily by the user. Due to an unfortunate incident the glass could be replaced on site. *PLANEXR® is a Teijin Limited registered trade name.

Sea & Sea Europe is the exclusive importer of Sea & Sea articles for several countries in Europe. Among them: Netherlands, Germany, Belgium, Luxembourg, Switzerland, Austria and Poland.